You are here: Home / Fitness / Doctors Need More Training in Nutrition and Exercise?

Trainers are Not Doctors

The title of this article, viewed through the lens of the fitness industry, is almost blasphemous. Personal training, as I’ve said before, is the blue-collar job that imagines it is white collar. Trainers think they are smarter than the average M.D. And, even some actual physicians figure it is easier to cash in on the billion dollar fitness industry than to actually practice medicine. So, they, along with the average trainer, will lament that medical doctors do not know enough about nutrition and exercise while implying that they themselves, can help you medically and thus prevent illness.

This works great with rich clients who already have access to the best medical care, and thus can happily live in a bubble, from which they toss money at fads.

What is ironic is that these trainers claiming that, if only the medical world knew more about nutrition and fitness they would be able to prevent most illnesses are not really promoting general health-related fitness at all! They are not doing this because they know that there is not much money to be made in promoting general health-related fitness, let alone general knowledge of healthy nutrition. People don’t pay for simple, they pay for the complex. And, of course, they pay for supplements, something else these internet “doctors” are quick to promote, either in order to benefit from affiliate relationships, to sell their own line. These trainers feel qualified to do things like diagnose their client with a vitamin or mineral deficiency. 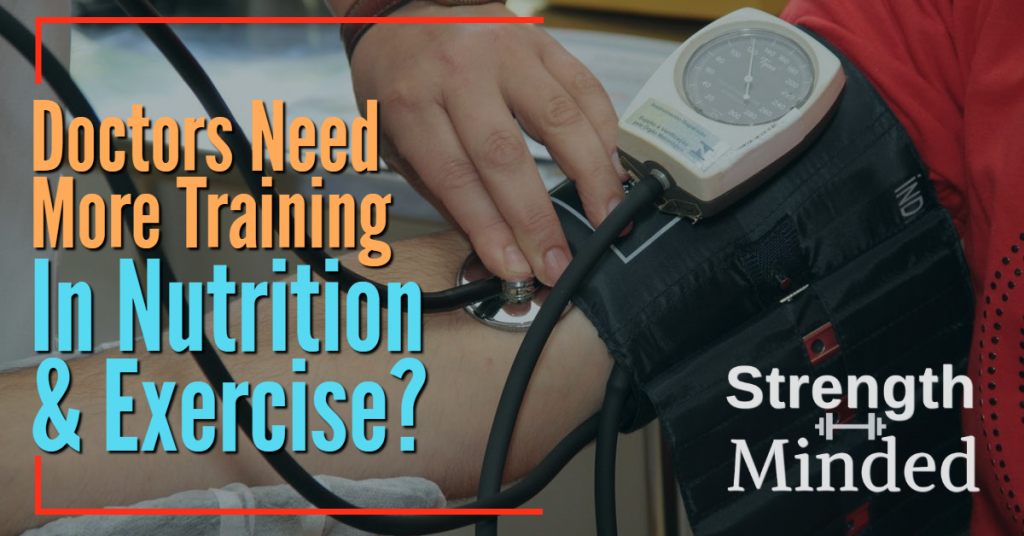 So, what I am saying is that these people complaining about the lack of general nutrition and exercise knowledge in the medical profession are hypocrites. They are hypocrites because they are not actually promoting that which they suggest doctors should know. They are promoting a product, not knowledge. They are not promoting general guidelines to healthy living! Yet, this is essentially what they say doctors are lacking.

Do Doctors Need to Learn More About Nutrition?

Despite all this, I am not saying that doctors do not, on average, need more training in nutrition, exercise, and general health counseling. For instance, a study published in Academic Medicine, which examined 25 medical in Ohio, found only an average of 2.8 hours of training in nutrition throughout the entire programs. On average, it is estimated that doctors receive about 20 hours of nutrition instruction and many fall short on basic nutrition knowledge. However, to say that doctors need more nutrition education is one thing. To say that trainers largely uneducated trainers without even a moderate ability to think scientifically, let alone apply fundamental knowledge in nutrition and physiology, should, therefore, replace doctors and over-rule the advice of doctors, is ludicrous.

Once upon a time, I had an autoimmune disorder called sarcoidosis. I say “had” because it has been in remission for quite a while now and it may just never come back.

But when it was active, things were bad. I could have died.

Why am I sharing this?

Good living was not going to fix me.

Fitness Clients are Not Patients

Sure, it would be great if doctors had more training in nutrition. And, it would be great if they knew more about fitness and exercise. The idea that the average personal trainer is more knowledgeable about human nutrition than a medical professional is, however, laughable. In my experience, most trainers would not even know how to begin to educate themselves, nor what resources to call on.

But if you are smart, rather than just holier than thou, you’ll be more worried about how up to date your doctor is on the latest studies or, perhaps, on the side effects of the meds prescribed, or the interactions, etc. Physicians have more on their plate in 10 minutes than the average fitness trainer could handle. They have people’s lives in their hands. You, Mr. Fitness Trainer, no matter how special you think you are, do not. Not really.

Do not let the fitness industry convince you that you are “broken” just because you need a bit of help getting started in fitness. This can be a first step in getting ripped off and in ultimately failing to meet your goals because you become convinced you need “interventions” instead of exercise.