In motor learning theory, the everyday and specialized movements we perform are called motor skills. Motor skills can be conceptualized in various ways. You can think of them as individual tasks, such as typing on your computer or performing a barbell squat, or you can think of them in terms of the proficiency you bring, such as your ability to hit the bullseye on a dartboard. Likewise, motor skills can be organized and classified in several ways, such as by task organization, relative importance of cognitive and motor elements, and by the predictability of the environment in which the task is performed. If we organized a motor skill into a different classification than another skill, it is because we think there is something different about the way it is performed or learned.

One common way of organizing motor skills concerns the way tasks are organized. In this way, motor skills are organized into discrete skills, serial skills, and continuous skills. Another way to classify skills, as stated, is according to the level of environmental predictability. In this way, skills are classified as either open or closed skills. As above, the relative importance of motor elements and cognitive elements might be considered, so that skills are classified either as cognitive skills, with success depending on strategy and planning, or motor skills, with success depending on the quality of the movement itself. The former two classification systems of motor skills are discussed here. For more information see Motor Learning and Performance: A Situation-based Learning Approach. 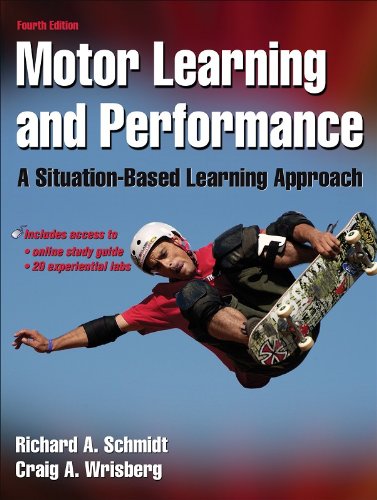 A discrete skill is a skill that contains a single unit of activity in which the action is brief and has a well-defined beginning and end. Examples of discrete skills are lifting a weight, throwing a dart, serving a tennis ball, swinging a golf club, kicking a ball, and snapping your fingers. More generally in sports, the acts of hitting, jumping, kicking, throwing, and catching are all discrete skills, and these are prominent in many sports.

These types of skills are usually brief. Sports such as weightlifting contain nothing but discrete skills. Most sports, however, are a combination of continuous and discrete skills. Other sports, such as gymnastics, contain a combination of discrete and serial skills. Most of the time, all three types of skills will be used. For example, baseball involves catching or throwing, both discrete skills. When the ball is caught and immediately thrown, as during a play, this is a serial skill. When a batter runs around the bases or an outfielder runs for the ball, he is performing a continuous skill which will be combined with the discrete skill of catching. 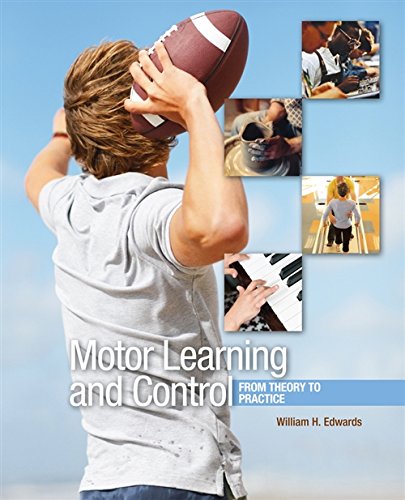 A serial skill is a skill that involves two or more discrete skills linked together in a predefined sequence. Examples in sports are numerous, such as tumbling skills done by a gymnast, catching and throwing a baseball during an important play in Baseball, and executing a punching combination in Boxing. Other examples are hammering a nail, and brushing your teeth.

A continuous skill is a skill that may last for many minutes or hours and is carried out in such a way that there is no recognizable beginning or end. These types of movements are performed in a rhythmic or cyclic fashion.

Examples of continuous skills are running, swimming, rowing, and skipping rope. The lack of a discrete end means that the skill can be stopped at any time without it being “incomplete”. To understand this distinction, consider a discrete skill such as throwing a dart at a dartboard. If you stop before letting go of the dart, the skill is not performed, whereas you can stop at any time during running but you have still performed the skill. There are no aspects of the skill itself which determines it ends, therefore, but instead, the performer decides when the skill ends, or some barrier or endpoint such as a finish line, etc.

An open skill is a skill performed in an environment that is unpredictable or that requires the performer to change the movement in the response to the dynamic variations in the environment. Most team sports and many individual ones involve the performance of open skills, such as wrestling, boxing, martial arts, basketball, soccer and other ball sports. Driving in traffic is another example. The opposite of an open skill is a closed skill.

A closed skill is one that is done under conditions that are stable and predictable. Pretty much every exercise you do at the gym is a closed skill. Strength training exercises are closed skills. Much of gymnastic performance are closed skills. Once these skills are learned, you should be able to repeat them, over and over again under the same conditions without having a lot of variation. The best way to understand what a closed skill is is to contrast it with it’s opposite, open skills. This way of classifying movements, as open or closed, was originally presented by the British psychologist Poulton in 1957, who used it for industrial settings, such as working on a conveyor belt but it was later expanded for application to sports.

When you drive in traffic, there are lots of things going on, other motorists, variable road conditions, changing weather and traffic patterns…basically not everything about driving is predictable and you must adapt to changing conditions, whereas with a closed skill, none of this is at work. Now, on the other hand, if you are driving deep in the country down a deserted road, especially a road you know well, and nobody is around, it becomes more of a closed skill. So, closed skills are skills that are not affected by the environment and are mostly habitual, done under predictable conditions. Certain situations can be considered ‘semi-predictable’, such a crossing a street. In purely closed skill conditions, conditions are always the same and the skill is always performed the same way. Most skills, in everyday life, are on a continuum between open and closed, so that open and closed are at the extreme ends of this continuum and most skills lie somewhere in between.

To determine whether we consider a skill open or closed, we not only have to consider whether the environment is variable, but whether the performer has sufficient time to consider those influences and adjust for them. For instance, a tennis serve is a closed skill, for the most part, even though the wind might be blowing when you serve the ball. You have time to consider and adjust to the changing conditions. On the other hand, when the ball is hit back to you, returning it is an open skill. Let’s list some other examples of closed skills or mostly closed skills, but keep in mind that very few in environments are completely stable or completely unstable.