You are here: Home / Bodybuilding / Do Male Athletic Supporters Really Do Anything?

A post from a member in my old forum prompted me to write this article. He was wondering whether male athletic supporters really do anything? Especially, he was asking whether they help you during heavy lifting or bodybuilding, such as by preventing an inguinal hernia. Is there any purpose in wearing a supporter while working out? He posted the following statement he had found elsewhere:

You could lift world record-breaking poundages in the deadlift & the squat, STARK NAKED and nothing would happen to your genitalia…External compression of your genitals by an undergarment holding them in place can by no means prevent an Inguinal Hernia from happening if you are prone to it due to weak musculature in the abdominal region & conversely lifting without a firm undergarment holding your testicles cannot cause a Hernia if you are not predisposed to it by any weak musculature in the abdominal region…In the same vein Putting your testicles in a pouch made available by the modern-day “Supporter” will again in no way cause or prevent a Hernia from happening… Your testicles are meant to hang outside the body in a pouch of their own provided by the human body. This is because sperm production by the testes requires a slightly colder temperature than your body temp… Habitually wearing very tight undergarments could render you impotent…Bottomline… To sum it all up… Just wear comfortable Underwear. There are no specific kinds that I would recommend…because the recommendation would have no scientific basis…

It is probably unlikely that habitually wearing an athletic supporter will render you impotent. But, as for the rest, I could not agree more. This statement is right on the money. I’ve written about hernia myths before. Let’s dive a little deeper.

Does the male athletic supporter really do anything?

Wearing supporters is not really a big thing anymore. Even when I was a kid during the ’70s and early 80s we didn’t wear them whereas when my father was in school they’d have probably been strapping on “jock straps” for everything. The only time we wore a supporter, which was really a “cup” was for things where we might get hit in the nuts, or, you know, the sensitive groin region. Martial arts or football or whatever. 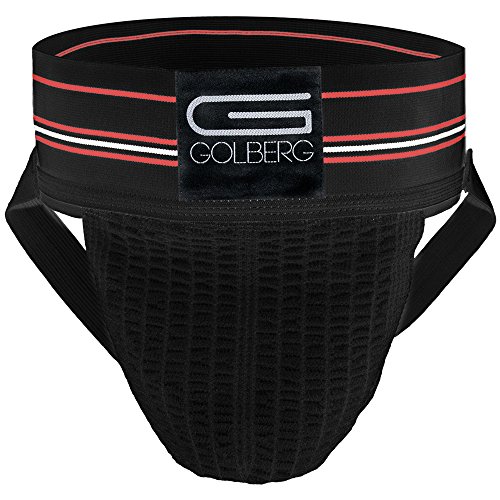 As I understand it, though, the use of “athletic supporters” had nothing to do with preventing a hernia. And indeed, as the statement above says, they would have done nothing to prevent an inguinal hernia should you be predisposed to one as it is the abdominal wall that is weak and it has nothing to do with the scrotum.

However, the original use was primarily to keep the genitalia from getting caught between the legs and such during sporting events. As well, in old times it was for modesty and “decency” to prevent your stuff from hanging out and flopping around for everyone to see.

It makes sense if you are mostly naked. You are going to want some protection down there. But nowadays there is not really much use for it.

I mentioned a cup above. For those of you who are not aware of it, athletic supporters come with a pocket into which can be inserted a strong plastic protective ‘cup’ to protect the male genitalia from collision. This is not just to prevent the horrible pain of such a blow, but to protect from damage that could be a very bad thing for a male. Those involved in high contact sports such as football need this. And some who engage in martial arts will want to use them.

Given all the above, it is true that we males sometimes feel the need for some support down there, while running, lifting weights, etc. Some guys swear by a jockstrap for this reason. However, well-made modern compression shorts or pants should provide nice support for most males. Once I started wearing compression shorts instead of traditional loose-fitting shorts during my strength training and bodybuilding workouts, I never feel as comfortable without them. Most have a nicely formed ‘cup’ area for the male anatomy to be comfortably cradled.

But let’s be clear. The only reason to wear a jock-strap, aka athletic supporter, is for comfort and to prevent injury from to the testicles, as described above. A supporter will in no way protect you from a hernia.