You are here: Home / Fitness / The Key Word in ‘Body Acceptance’ is Acceptance

Imagine a fitness model writes an article condemning the sexualization and commercialization of fitness. Along with the article, she posts a picture of herself in a sexy bikini, posing for the camera. Would you cheer? Would you encourage? Many people would. Would you see the irony and hypocrisy, instead? How many other people would agree?

In fact, this kind of thing happens all the time. Why would someone proudly display themselves in a sexual manner along with a message condemning the sexualization of fitness? Why would that person then preach about body acceptance? Are they making some obscure coded message that only the most intelligent can decipher? The truth is, the picture is there to surprise you. To invoke a response. To make you share the article. It is marketing, similar to a flashy label on an otherwise mundane food item. And yes, articles complaining about the commercialization of fitness are common. I’ve written a few myself.

If you were to bring up the apparent hypocrisy, you would likely receive one of two responses. You might be accused of engaging in some kind of body shaming yourself while being told that the message is more meaningful because it is coming from a person who ‘lives in that world.’ Let’s examine this response before moving on to the next likely response.

Ignoring the compounded irony of a body-shaming accusation, I want to focus on the second part. Does the message really mean more because it is coming from a fitness model? Is it more truthful and valid because someone in that profession who condemns these things is less biased?

Not really. Everyone is biased to some extent and we must consider their biases. But bias or lack of bias alone does not make a person right or wrong! It does not make their argument valid or invalid. She could be completely lacking in bias and still be wrong. I consider myself to be relatively unbiased about many things, and yet often wrong. Finding bias in a person does not prove they are wrong, and finding a lack of bias does not prove they are right. 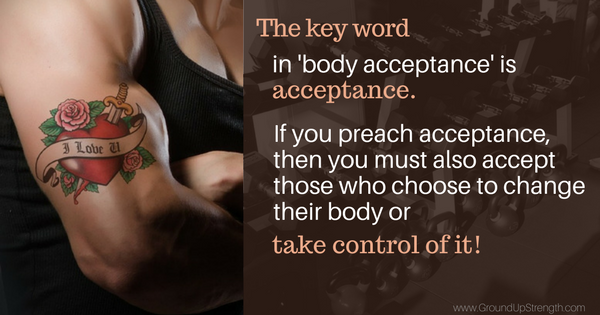 The Bias Effect – Diet for A New America

In 1987, a fellow named John Robbins wrote a highly influential book called “Diet for a New America.” It changed the way many people ate, as well as how they viewed the way our food industry affects the environment and our health. Much was made of how Robbins gave up his inheritance to his family’s Baskin-Robbins fortune because of his dedication to the environment, health, etc. and his conviction that the dairy industry was harmful. This was hard to resist! If this fellow could give up all that money, and have the publication of his book be against his own financial interests, he must be honest, and he must be right! After all, nobody would give up all that cash unless they really knew what they were talking about and unless they were certain they were right, etc.

This sacrifice was seen as proof of a lack of bias on the author’s part, causing them not to examine the arguments he made as strenuously as they might have examined those of another author. The majority of what Robbins had to say about nutrition and health was incorrect. Yet, this book alone gave rise to a great many myths that are still being debunked today, and much of it was owed to the way John Robbins was presented. So whether you are a fitness model condemning your own industry, or an heir to a dairy fortune condemning the dairy industry, you can still have your facts wrong or make faulty arguments.

To be fair, John Robbins emulated the behavior he wanted to see in others. Our fitness model is actually engaging in the very behaviors she pretends to hate while condemning the culture that leads to it. But she has a reason! And this brings us to the second likely response: Marketing. That sexy photo means more shares and more clicks. Thus, her article will reach more people. The ends justify the means.

The apologist’s response of “I’m marketing” so that I can reach more people and change the world is a very common response to this kind of criticism in the fitness industry. It is, at best, a dishonest rationalization. It is hypocritical to engage in the very behavior you pretend to abhor. When you throw good food into the pig slop, the pigs don’t stop to consider the difference (not that I’m comparing people to pigs).

Though I’ve written about being fit versus looking fit I couldn’t care less if people want to call modeling “fitness.” I do care, however, when people want to have their cake and eat it too – saying whatever is on-trend and will get them the most praise while actually promoting through action those things they speak out against.

Many of those actively promoting body acceptance are also busy shaming those who choose to change their body or take control of it in a way they see as ‘culturally mandated.’ The kind of bodies that fitness models have is the epitome of this culturally mandated shape. This is seen as a slippery slope, leading to body dysmorphic syndromes and eating disorders. However, we are all free to choose whatever goals we’d like, and behavior is not determined so simply. The key word in body acceptance is acceptance. If you preach acceptance, then you must also accept those who choose to change their body or to take control of it.

Body shaming is wrong. If we do not wish others to behave in this way, then we must emulate the behavior we wish to see. Thus, we must not shame anyone because of their body shape or body choices.