You are here: Home / Fitness / Does Exercising in Cold Weather Make You Cough and Give You a Sore Throat?

Many people have trouble exercising in cold weather. If exercising in the freezing cold causes you to have coughing fits and a sore throat, you’re not alone. Many of us have the same problem. It is estimated that anywhere from 4 to 20% of people have this complaint. The actual cause has not always been agreed upon, but for many years, the prevailing theory was that this was caused by exercise-induced bronchoconstriction (EIB) which is a narrowing of the airways much like an asthma attack, but in this case, brought on by cold air. EIB is, of course, common in people with asthma and is sometimes also called exercise-induced asthma. However, many of the sufferers of EIB have no history of asthma. EIB is actually more common in children and young adults, however, although it is hard to say why. The higher incidence of EIB in the young may simply relate to their higher levels of physical activity. Symptoms include wheezing, shortness of breath, chest tightness, and hypoxia. Sometimes, however, the only symptom is a cough and a sore throat, as the title suggests.

Although the EIB theory has been at the forefront, others have debated this theory for years and claimed that it is the dryness of the air, not the coldness, that causes the problem. A study in the Journal “Chest” by Kenneth Rundell, et al. Airway Narrowing Measured by Spirometry and Impulse Oscillometry Following Room Temperature and Cold Temperature Exercise, pretty much put the kibosh on the EIB theory by using dry medical-grade bottled air, at both cold and room temperature, on 22 exercisers with suspected EIB. The temperature of the air didn’t cause a heightened response and the researchers concluded that moisture loss due to the dry air was the cause of the problem. The cells of the airways are very sensitive to dehydration.

Unless the problem is very severe, it’s not really going to hurt you and you can finish your run without fear your lungs are going to be damaged. Rundell suggested that there are some homemade solutions like wearing a moistened scarf or other cloth around the mouth to hydrate the incoming air, at least for training and casual exercisers. Medications may be used for people with severe problems, but athletes like skiers and runners may need to consider the state of legality for steroid asthma meds, inhalers, and similar medications.

How Cold is Too Cold for Exercise?

Although we typically take note of the ambient temperature during the cold weather months, the temperature of the air is not necessarily the most important factor in determining if it is a bad idea to go out running. The wind chill factor is actually more important. It may be below freezing out, but if the air is still, it can still be quite comfortable for exercise. However, if there is a wind, it can feel much more chilly. The wind rushing past your body increases heat loss because the warm insulating air trapped between your clothes and your skin is constantly being replaced by colder air. So, heat loss is magnified. This means that an ambient temperature of 30°F can be the equivalent of 3°F when there is a 20 miles per hour wind. A 30mph wind can be the equivalent of -2°F. Consult the windchill index chart above or see the windchill calculator from the National Weather Service. The colors of the shaded areas indicate the time to frostbite for exposed areas of skin and the key is at the bottom of the chart. 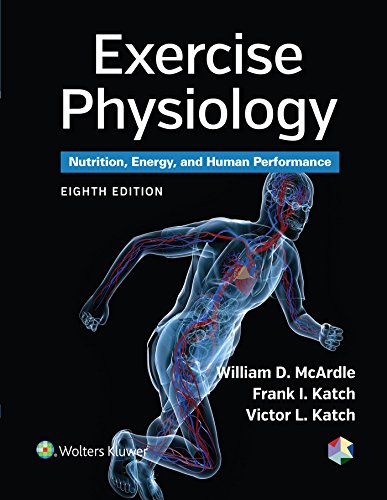 Running (or skiing, skating) into the wind increases airflow across your body as well. Therefore, the speed you are running at basically increases the effect of the wind speed. If you are running at 8mph into a 12 mph wind, this is the equivalent of a 20 mph wind. N the other hand, running with the wind at your back decreases the effect. Therefore running with a 12 mph wind at your back is like running in a 4 mph wind. Keep this in mind when consulting the chart above. Source: Exercise Physiology by McCardle, et al.